Behind the Scenes at TIA

Today’s National Aviation Day, and coincidentally, yesterday I had the chance to go behind the scenes at Tampa International Airport (TIA) with the Central Florida chapter of Entrepreneurs’ Organization. As a travel writer, I’m at the airport –  a lot – and it was fun to see inside the magic, as it were.

The airport will undergo massive renovations and expansion in the next several years, and CEO Joe Lopano walked our group through the vision for a bigger, better TIA. 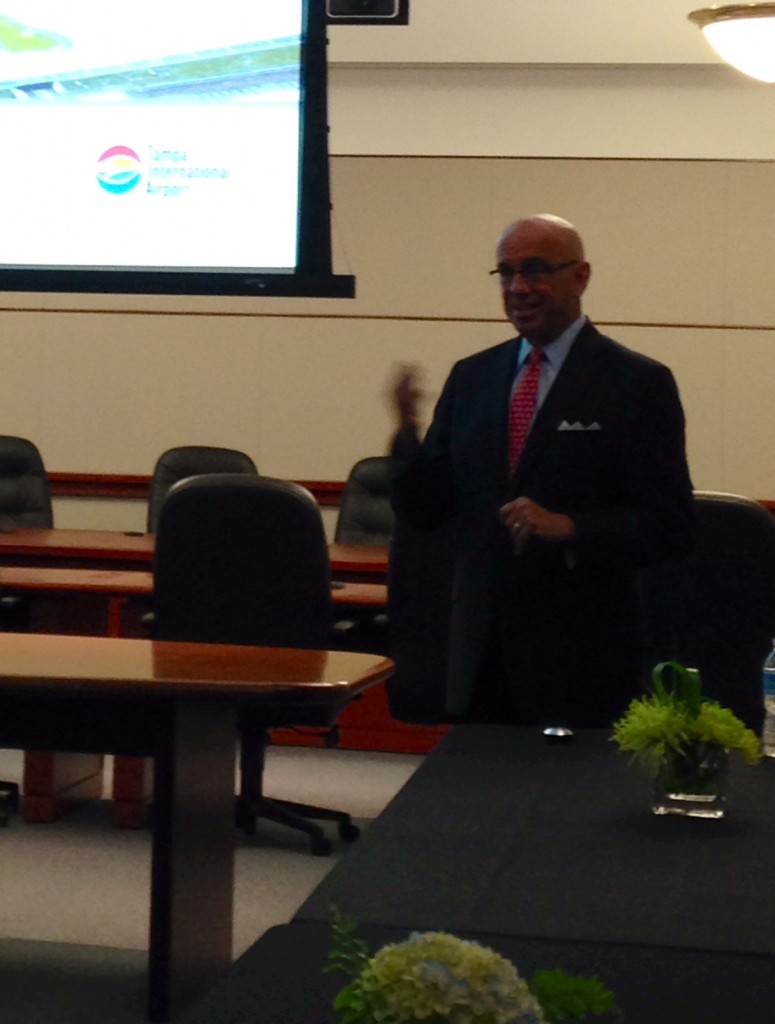 First up was the newly opened Federal Inspection Station for arriving international passengers, complete with kiosks to speed up passport control. The $27 million project renovated a previously dreary area, which is now an inviting and welcoming way to greet passengers arriving into the US on 24 weekly international flights. Projects over the next several years include expanding the airport’s footprint; moving rental car agencies offsite, yet connected with an automatic people mover (much like the airport’s current shuttle system); and, of course, bringing in more flights.

Our group also went behind the scenes of the airport’s checked baggage operations, which proved to be very interesting. Now I know just where my bag goes when I leave it at the ticket counter.

TIA has a highly technical and systematic way of screening checked luggage, and getting it to the right planes in quite a quick pace. Though we couldn’t take photos in the TSA area, do know that these men and women are doing their jobs to keep us safe in the air. One bagged that was tagged for inspection wound up having a jar of unopened bath salts, which was further inspected and then sent on its way.

Here’s a fun fact – checked bags go from the ticket counter to their airside destination and ready to board their planes within 10 to 15 minutes, and oftentimes faster.