The Time I Became a Bobblehead

With the Olympics beginning this week, I can’t help but think of a visit I made to Park City, Utah for a few days last March. What a beautiful place to be, even for this warm-weather-lovin’ girl! When we were out there, I heard murmurs that there may be the opportunity to go for a bobsled ride at Utah Olympic Park. 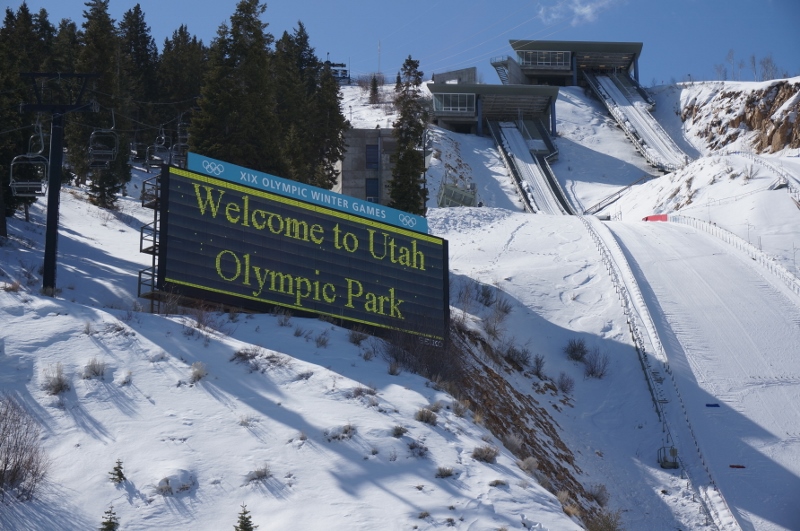 Without hesitation, “Yes!” I exclaimed, letting anyone around who’d listen know that yes, yes, YES I wanted to go on that bobsled ride.

Utah Olympic Park is an impressive place. Yes, it’s where the 2002 Winter Olympics were held. And yes, it’s where elite athletes train year-round in their respective sports. When our group had the chance to meet the women’s Nordic ski team, it was humbling to learn the sacrifices they make and the lengths they go to to excel in their sport, to represent us – the United States.

It was also humbling when we got our briefing on riding the bobsled – we’d reach speeds upwards of 80 mph while hurtling down the iced track that is hand-groomed to keep it up to Olympic standards. We’d hit forces of 5+Gs, astronauts and jet fighters get up to around 3Gs. And all of this would happen in less than a minute.

After agreeing that no, we didn’t have any back or neck problems (what back surgery nearly four years ago?) and signing our lives away, we were instructed on how to ride: try and stay as straight as possible during the ride (not hunched over, like the Olympians do for aerodynamics) – positioning ourselves this way would help the Gs go straight through us, alleviating any back pain/injuries after the ride was over. Hold onto the sides, and whomever of us was seated behind the driver, try not to bang into him.

My friends Sally and Amy and I chose to go first in our group – NO FEAR! And so we donned our giant-sized helmets and made our way to the sled – The Comet. Through something just short of rock-paper-scissors, we’d agreed on seating arrangements: Sally would sit behind the driver – and try not to bang into him – I’d be next, and Amy was in the back, holding on for dear life and really taking the brunt of all those Gs. 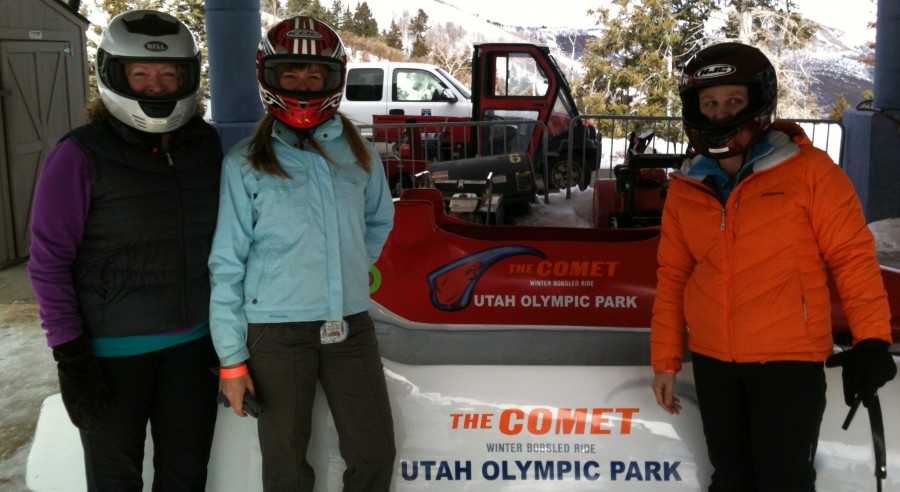 We met our driver Robby, who asked if we had any questions before we took off.

“No!” we all answered gleefully, and I wondered if butterflies were flitting about wildly in their stomachs, as they were mine.

We loaded into the sled one at a time – Sally, and then me, and then Amy. Once we were all situated and Robby was satisfied with our positions, he eased himself in and readied for the ride.

With a gentle push, we were off. We glided softly down the slight slope and into the first turn.

Our sled gained speed. A lot of speed. Everything suddenly turned into a constant blur, the sound of our sled running against the ice echoing around. And the sound of something else…

“What’s that sound?” I wondered.

And then I realized – it was my head, helmet-encased and protected, knocking against either side of the sled. Kind of like a bobblehead when it’s tapped.

We continued to gain speed. And I started to think, “OK, I’m done. When’s this going to end?”

And at that point, or maybe five seconds later, it did. Our sled hit the snow drift at the end of the track and we slowed to a stop. My legs were weak when we got up, but I was exhilarated.

What a rush! What a thrill! What a once-in-a-lifetime experience! “Not one that I need to do again,” I thought to myself.

But by the time we got back up to the launch area, I was more than ready to take another spin.I can’t wait to become a bobblehead again!

For an idea of just what it’s like to ride in the bobsled down the Olympic course, check out this video by Ryan Van Duzer. Start @ 1:22, or watch the whole video for an overview of all the fun to be had in Park City. 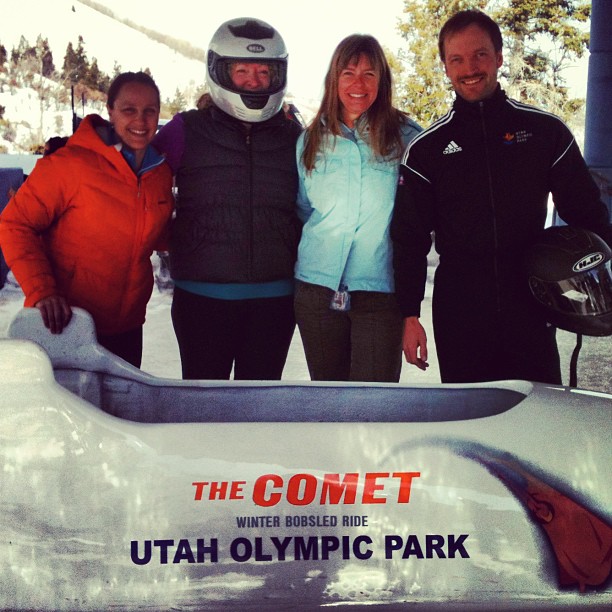